Jeremy Black is a prolific lecturer and writer, the author of over 100 books. Many concern aspects of eighteenth century British, European and American political, diplomatic and military history but he has also published on the history of the press, cartography, warfare, culture and on the nature and uses of history itself.
View all publications

Review by Ron Granieri of my Imperial Legacies: The British Empire Around the World for NYMAS and published on StrategyPage website.

Faustian bargains of the review world

Jeremy Black delves into a history book which disappoints and a biography not to be missed. For The Critic.

The centrality of religion to the status and mission of monarchy in Britain and Europe. For The Critic.

What if Napoleon had conquered Britain?

Piece for the Unherd website on the 200 year anniversary of Napoleon’s death (May 5).

HOW THE ARMY MADE BRITAIN A GLOBAL POWER 1688–1815 Published by Casemate June 2021 An examination of how and why the British Army became a world-operating force, able to beat varied enemies. This book offers a new perspective on the crucial part of the British Army in making Britain a global power. Covers the role […]

Podcast on military monarchs for The Critic

A Brief History of Britain 1851-2021: From World Power to ? published by Robinson is out today. From the Great Exhibition’s showcasing of British national achievement in 1851 to the opening ceremonies of the Olympics in Stratford in 2012 and on to Brexit, an insightful exploration of the transformation of modern Britain This revised and […]

My top five books on the history of France, chosen for Shepherd.com

How exceptional is Britain’s monarchy?

Podcast for The Critic

He won us the war. Piece for the Daily Telegraph.

Podcast for The Critic.

England in the Age of Austen

How the Army Made Britain a Global Power

Due out June, published by Casemate Publishers. 10% discount when you pre-order from casematepublishers.com

Is it really time for the monarchy to go?

Item for The Critic.

Something went wrong. Please refresh the page and/or try again.

The Lantern of History: Essays in Honour of Jeremy Black – Edited by Ric Berman and William Gibson. Find out more. 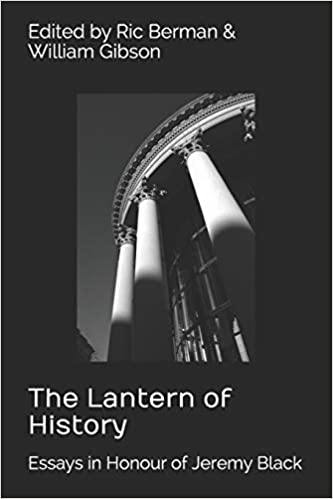 Out now: A New History of England

Mapping conflict through the centuries

There is little documented mapping of conflict prior to the Renaissance period, but, from the 17th century onward, military commanders and strategists began to document the wars in which they were involved and, later, to use mapping to actually plan the progress of a conflict. Using contemporary maps, Jeremy Black‘s Maps of War: Mapping Conflict through the Centuries (Conway, 2016) covers the history of the mapping of land wars, and shows the way in which maps provide a guide to the history of war.

Jeremy talks to Marshall Poe for the New Books Network. Listen to the podcast here.

Jeremy Black addresses the Foreign Policy Research Institute on turmoil in Europe — from Brexit to the rise of nationalist parties to Russian machinations in Ukraine.

Engage Jeremy as a speaker

Jeremy can be contacted direct at jeremy@jeremyblack.co.uk or via GreatBritishSpeakers.co.uk