Find out more and pre-order

Fortifications and Siegecraft: Defense and Attack through the Ages (Rowman & Littlefield) is available June 2018. Pre-order and receive a 30% discount off the list price.

“…it was so terse, analytic, precise and unambiguous while remaining neither over theorised nor lacking in data that it struck me as extraordinary and exemplary.”

Jeremy’s Mapping Shakespeare: an exploration of Shakespeare’s world through maps (Bloomsbury) is History Revealed Magazine’s visual book of the month.

Read Jeremy’s blog for the FPRI. 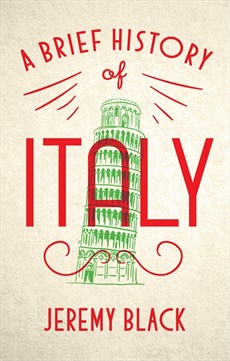 The story of Italy through her people, culture and the great events that shaped the country.

The birthplace of the Renaissance and the place where the Baroque was born, Italy has always been a hotbed of culture. Within modern Italy there is fierce regional pride in the cultures and identities that mark out Tuscany, Rome, Sicily and Venice to name just a few of Italy’s many famous regions.

Yet despite the Roman Empire’s famous 500-year reign over Europe, parts of Africa and the Middle East, Italy does not have the same long national history of states such as France and England. Divided for much of its history, major parts of Italy were at various times territories of bigger, often antagonistic, empires, notably those of Spain and Austria.

In telling Italy’s story, Jeremy Black draws on the diaries, memoirs and letters of historic travellers to Italy to gain insight into the passions of its people, first chronologically then regionally. Black examines what it is that has given Italians such cultural clout – from food and drink to music and fashion and art and architecture – and explores the causes and effects of political events, shedding new light on divisions that persist today.

A Brief History of Italy is published by Little, Brown Book Group in July 2018 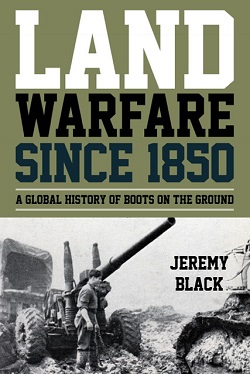 Land Warfare Since 1850 is published by Rowman and Littlefield in June 2018. Find out more.

A timely exploration of 1,000 years of Englishness

There is no English state within the UK—no English passport, Parliament or currency. But that does not mean that England lacks an identity.

The extent to which English nationalism has a deep history is a matter of controversy. Jeremy Black argues persuasively for its existence from ‘the Old English State’ onwards, predating the Norman invasion.

By looking to the past, Black seeks to understand England’s historical sense of self, and what it means for English nationalism today.

English Nationalism is published by Hurst Publishers in June 2018.

Read Jeremy’s piece for the FPRI.