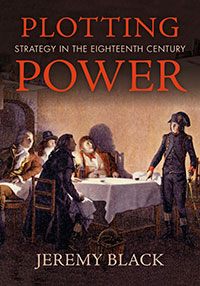 A History of Britain: 1945 to the Present offers an engaging overview that highlights important changes over the decades following World War II while noting continuities. Jeremy Black provides a concise reassessment for non-British, especially American, readers.  The book’s thematic approach makes it an effective text for college and university courses. Black argues that, while living standards have risen in a consumer society enjoying a social safety net, pressures on the environment, economy and institutions generate an underlying anxiety with implications for the future.  Ongoing uncertainty about Britain’s prospects marks a thread running through the period Black narrates.  Taking the recent BREXIT vote as a starting point frames his discussion while bringing it right up to date.

Black opens with a discussion of the environment under strain that brings out lived experience in Britain. He notes the impact of population growth, but also ways deindustrialization and shifts in agriculture brought change. Tension between rural and urban areas highlight regionalism even as Black argues persuasively that consumerism, mass marketing and an extremely centralized government weakened local identities since the 1940s. Provincial cities lost the significance they had gained from the early 19th century.  A contrast with Germany, Italy and the United States on this point stands out.  The shift to a post-industrial economy heavily reliant on finance accentuated the dominance of London and South East England.  Unions in many industries priced themselves out of work by wage demands and inefficiency, but Black also notes the failings of business management.  Short term attitudes and limited planning for the long term mark an important theme.  The lack of capital and persistent underinvestment made British industry less competitive.

Widespread affluence changed British society following World War II, setting new expectations by the 1950s.  While that trend seems to qualify the preoccupation with decline, Black makes clear its effects on living standards and consumption. The growth of youth culture affluence made possible had a wide impact that shaped media and education.  Influences from the United States and Continental Europe shaped changing tastes in food, clothing and music. Black notes ways society became subordinate to the state and its ideology from the Atlee era, but rising expectations promoted a countervailing individualism that became more pronounced from the 1960s. Deference faded as institutions lost social authority.  Black notes the decline and transformation of Christianity which lost its longstanding influence.  Other social changes, particularly the entry of women into professional employment, reshaped Britain.  Interestingly, Black points out the growing salience of class to British society facing rising income inequality and steep housing costs.

Narrative chapters present a critical take that upends many assumptions, especially on the Wilson and Thatcher years, without being partisan. Black shows an eye for the illustrative detail to emphasize points by example.  He also explains references American readers may find unfamiliar.  The result gives important context for Anglo-American relations and British views of the European Union. Closing with thematic chapters on issues facing Britain as a whole and questions looking outward to global concerns wrap the book effectively back to points raised at the start. With its clear, accessible prose and balance of narrative with analysis, the book works well.